After India’s Patent Win, US Pharmaceuticals Suddenly Claim that Turmeric has no Medicinal Properties

In 1997 the Indian Government won a major victory to prevent US firms from patenting Turmeric’s medicinal properties.. and now suddenly a “new study” finds that turmeric is not useful for making medicines. This clearly shows that the pharmaceutical industry is out to make money .. not cures.
In 1995 , two American researchers of the University of Mississippi Medical Center, put a claim to the US Patent and Trademark Office, maintaining that they had discovered haldi‘s healing properties. And, surprise, they were granted a patent in March 1995 for something you had known for years and our ayurveda for centuries.

The Council of Scientific and Industrial Research applied to the US Patent Office for a reexamination. This was after Indian scientists shouted from rooftops about how we are losing our traditional knowledge to marauding foreign companies who have started poaching on our ancient healing techniques. The US Patent Office in 1997 acknowledged it had made a mistake and cancelled the patent on turmeric. This is a major victory because seldom does it fully revoke a patent it has granted.

But now a new study says “In a new review of chemical evidence, scientists write that curcumin is an “unstable, reactive, non-bioavailable compound and, therefore, a highly improbable lead [for drug development].”   The article concludes that “The resources being wasted on difficult curcumin research could instead be spent on thousands of other chemicals lying on shelves waiting to be tested”   (Meaning you could research stuff  off which we can make more money!) 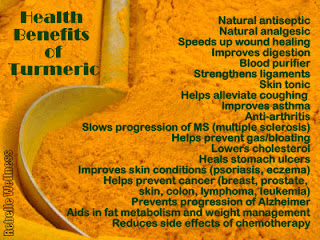 Research on the effect of an ayurvedic drug on cancer has shown promising results in tests on mice, said pathologist Dr Vinod Shidham, who is currently working in the USA.
Currently, Dr Shidham is part of a unique research for cancer treatment using an ayurvedic medicine called 'Rohitak'. He said, "The medicine has been tested on mice for treating prostate cancer with good results; we plan to perform similar method for pancreatic cancer treatment."
He said, "Any tumour cell requires blood supply, without which it will die. Initially, we took out malignant tissue and allowed the tumour to grow. Then, using an ayurvedic medicine named 'Rohitak' on a tissue, we observed that the medicine does not kill the tumour but it is shrinking the blood vessels that pass through it. With no blood supply, the tumour dies."
Dr Shidham said, "Once we are able to get successful results on pancreatic cancer, we will be looking forward to perform clinical trials to get the treatment into mainstream." He added, "If India starts to perform such clinical trials, the cancer scenario will improve."

A detoxifying drink used in traditional Indian medicine, golden milk owes its name to the bright yellow color of turmeric. Mixed with warming spices like cinnamon, pepper and ginger, this sugar-free and antioxidant drink is a pleasant alternative to coffee, or Christmas season staples mulled wine and hot chocolate.

Known for its anti-inflammatory, antioxidant and anti-carcinogenic properties, turmeric activates the happiness hormone, serotonin. The ochre-coloured root is also a standard ingredient in Indian cuisines.

In combination with pepper and ginger, turmeric is the key ingredient in golden milk, an Ayurvedic-inspired medicinal drink that promotes good digestion and detoxifies the body. It is made by forming a paste of water, turmeric and pepper, which is then combined with coconut, soy or almond milk, along with a dash of coconut oil or cold-pressed extra-virgin olive oil. Honey or cinnamon are added for extra flavor and sweetness.

Easy to prepare, this hot, sweet, milky drink is not only tasty, but also healthy, especially in the winter months when its warming spices give it a Christmassy flavor.

The latest health food trend, the drink is all the rage on Instagram. It has also been hailed as an elixir by “clean eating” celebrities and health bloggers.

A gramme of turmeric every morning could improve the memories of people at risk of cognitive impairment, according to researchers at the Monash Asia Institute in Melbourne, Australia. At the same time, an American study has found that a combination of turmeric and silymarin (milk thistle extract), a traditional remedy for liver complaints, could help prevent colon cancer.

Stay up-to-date with the latest happenings in the field of AYURVEDA.
Learn to live in tune with nature!